Today we looked at cultures and traditions in different countries around the world. We began by seeing if they could match up the cultures and traditions of different countries with each other using picture cards. We then talked about important traditions in Palestine which included, music, food, dabke, embroidery, traditional houses and symbols of Palestine. We also taught them about important traditions and cultures in Britain, they were surprised to hear that British food is a mix of food from all over the world! Then they wrote and drew about traditions that were important to them. Many students drew the Dome of the Rock and expressed their sadness at not being allowed to visit it.

Some of the students great work: 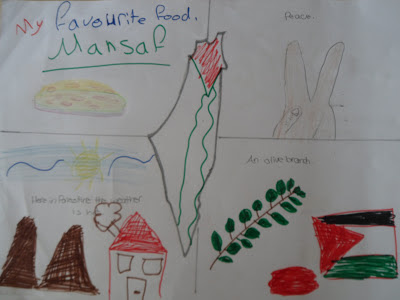 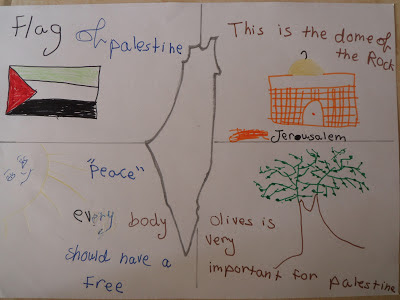 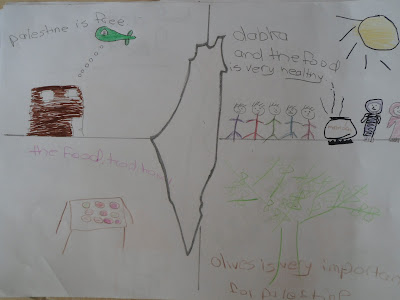 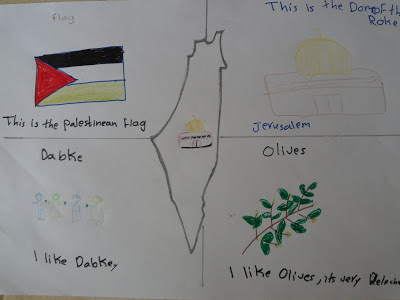 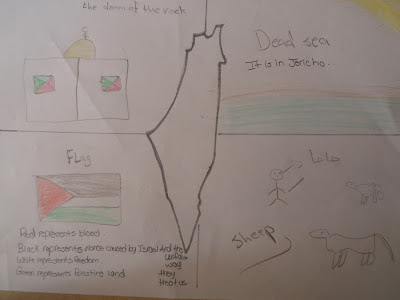