Isobel and I are the current EVS volunteers who are working in Abu Dis Girls school to build the twinning links with Camden and to help the girls improve their spoken English.
It has been a bit of a slow start to due to holidays, strikes and exams, but we are finally really enjoying getting to know our group of girls.
We have 13 girls from Grade 9 who have opted to join the 'English Club'. Their language ability varies but they are all very keen to learn.
Our first session was an introductory class, playing games with English words - to have fun and to establish their level - and asking them questions about what they would like to do in our sessions together. They are particularly interested in talking about the Palestinian situation and hearing from students in the UK. They also had lots of questions for us!

We have decided as a group to explore the different ways in which we can tell stories. We had a lesson talking about films. The girls learned about characters, settings, genres and plots and discussed Palestinian and English films. In another lesson we imagined that we were filmmakers. The girls thought up stories set in Palestine and learned words such as occupation, separation wall, army, demonstrations and prisons. We helped them create storyboards as if planning to make their films. Here are some photos of their sketches. Many have taken them home to carry on working on them.

One story was about a girl called Francisco who thought she was in love. She was very sad because everyday she went to school, longing for Mohammad to love her, but he did not. One day, 'A Happy and New Day', the girl went to school to discover Ahmed truly loved her and she realised that it was him she had loved all along. They walked home together, hand in hand. But on their way, they were both shot dead by the Israeli army. Ahmed and Francisco died happy. 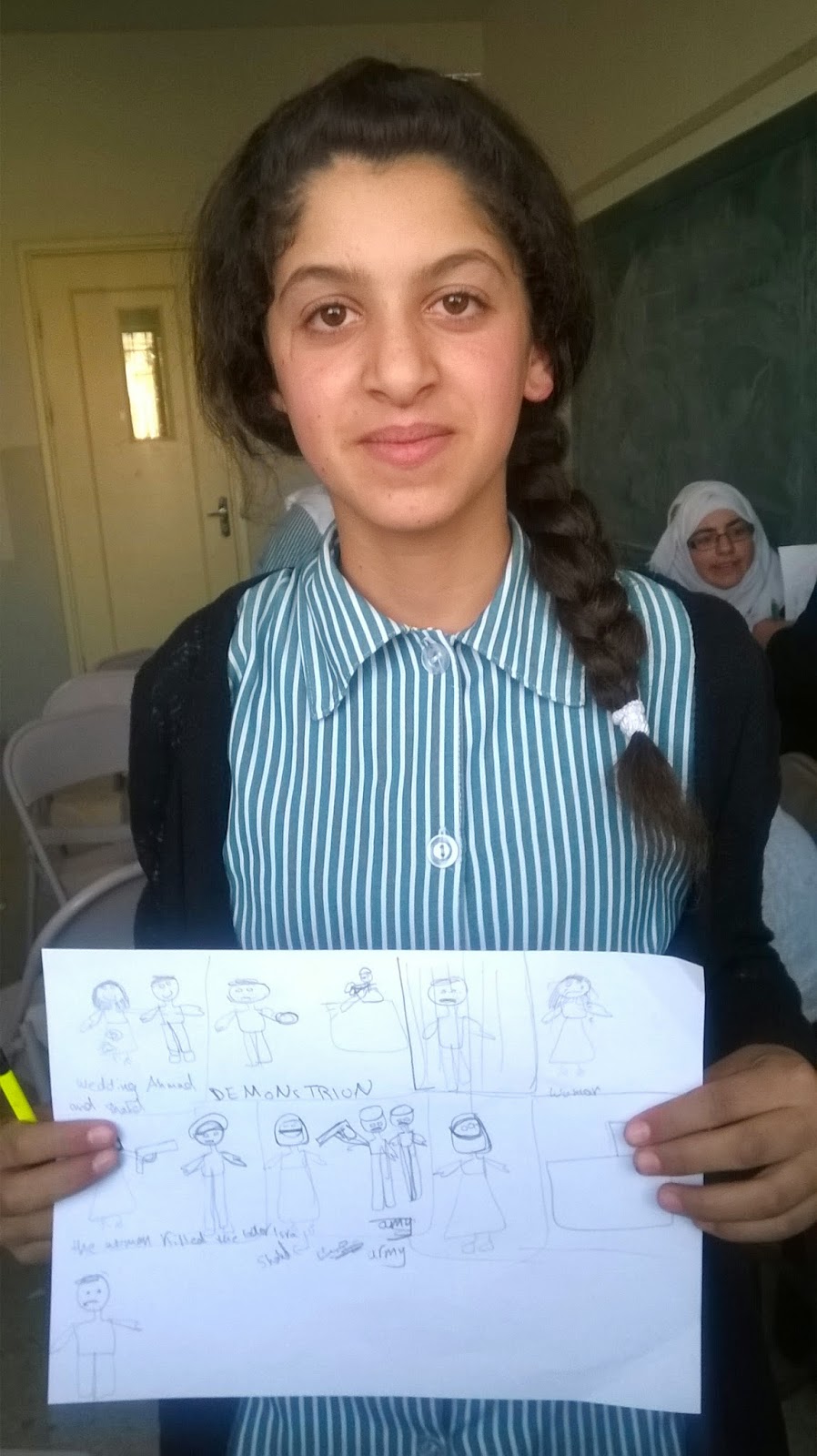 A story of a married couple where the husband, Ahmed, is imprisoned. His Wife then takes revenge by killing an Israeli leader, but when Ahmed is finally released, he is shot dead. 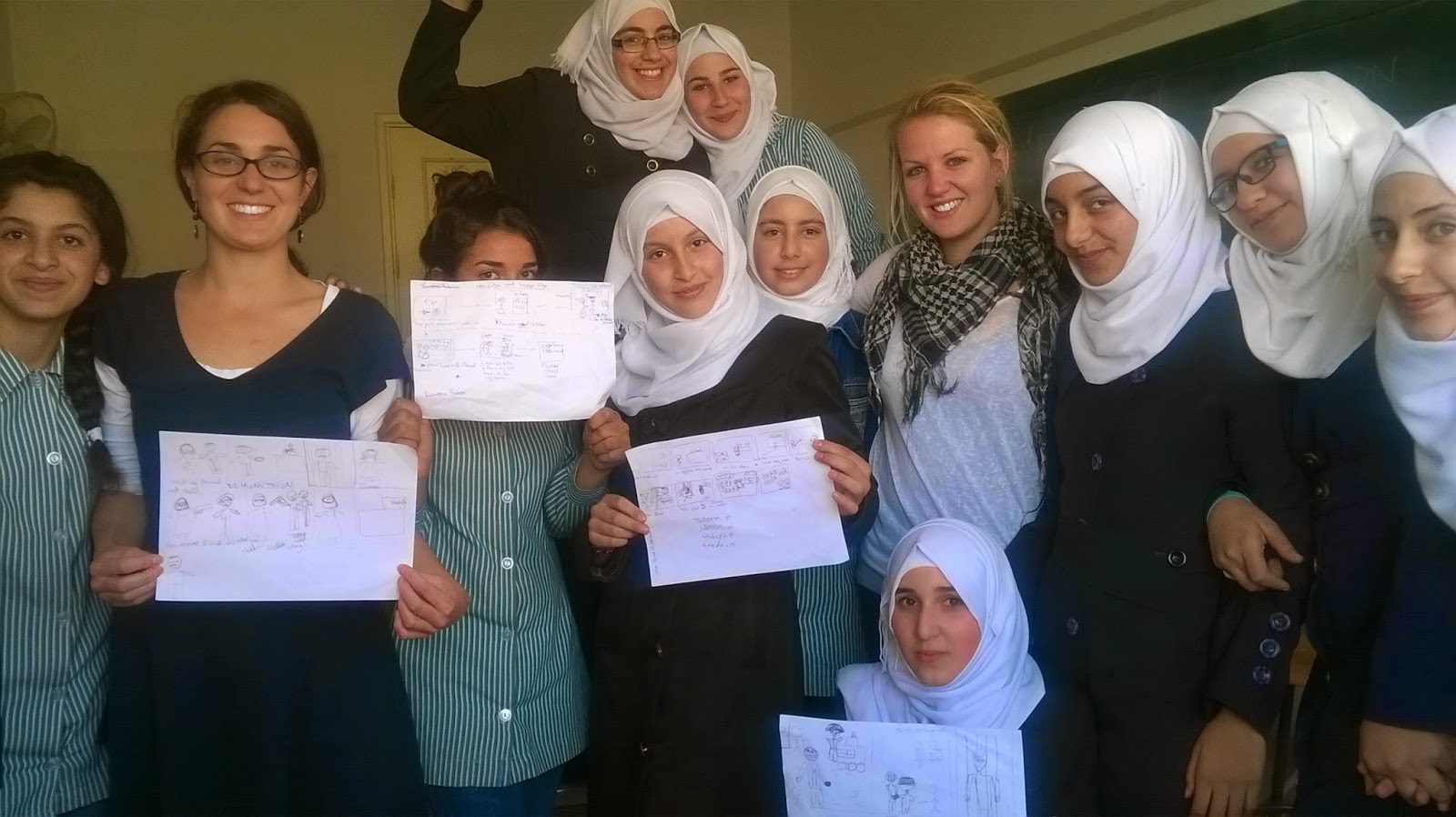 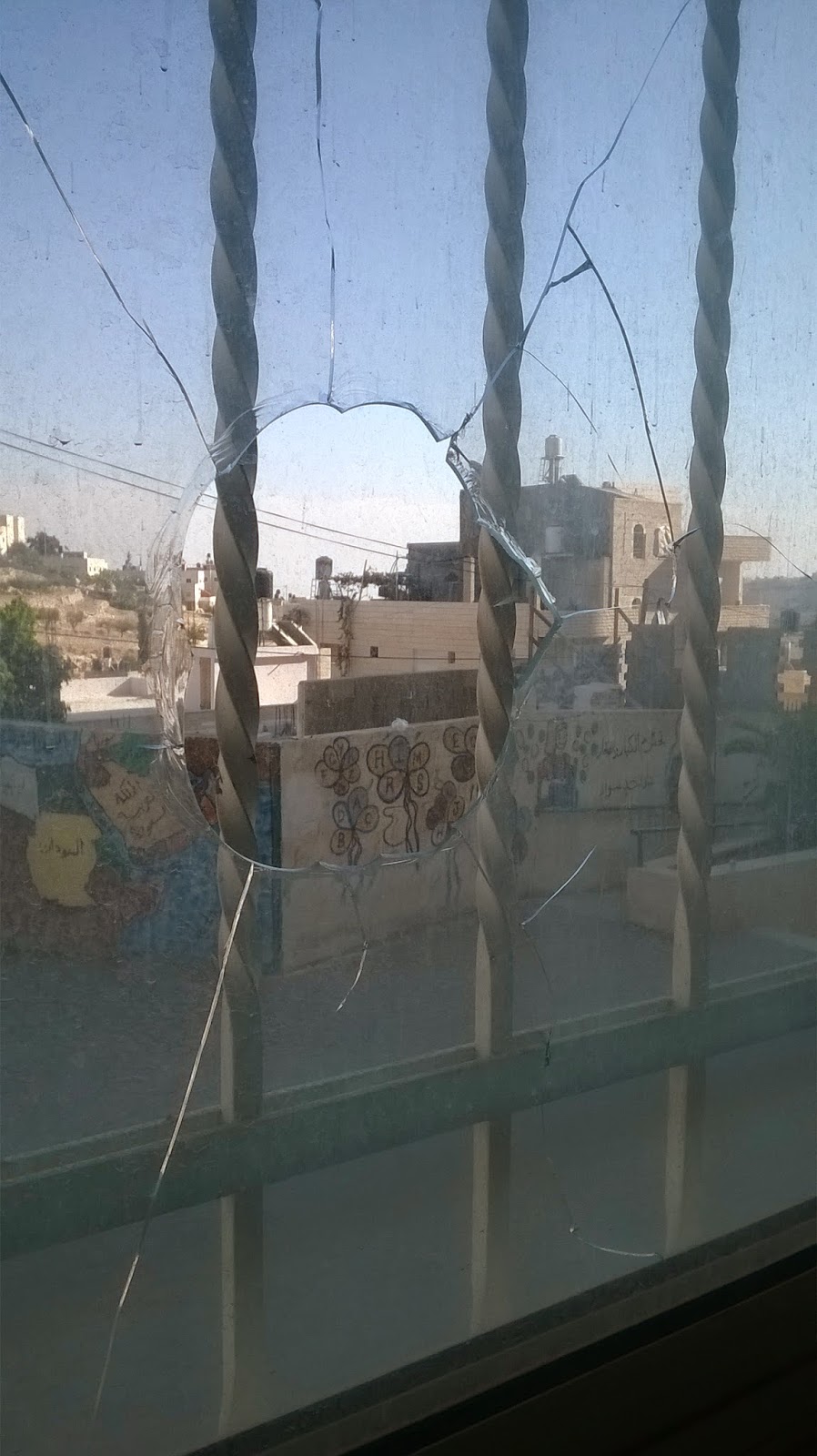 Damage to the classroom by the Israeli army.

Our next class is going to be about stories via the spoken word.The girls are bringing in something from home that is special to them. They will present about this to the class. We will send over some of their stories!

The girls look forward to hear stories from Camden!
Posted by Dar Assadaqa at 12:04